Stranger Than Fiction – The Unknown Author Who Outsold Dickens 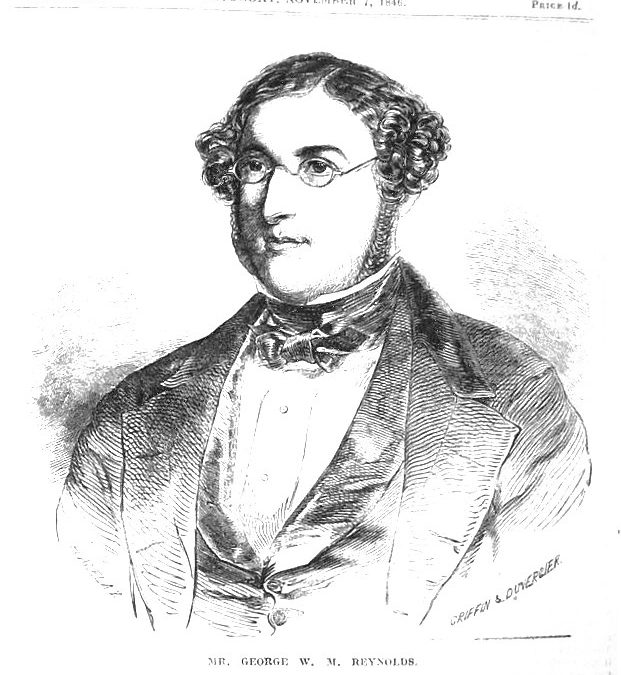 I stumbled across the ghost of George Reynolds while writing the first of my Spanish Civil War novels, The Assassin’s Mark. My fictional journalist Jack Telford works for the real-life newspaper Reynold’s News which in various guises, existed from 1850 until 1967 as a popular and progressive Sunday weekly.

But it was a while later when I began to take an interest in Reynolds himself. Born in 1814, in Kent, he was a major figure in the Chartist Movement, campaigning for political reform, a champion of the poor and a lifelong supporter of British Republicanism.

He published or edited eight major newspapers and journals during his lifetime – including Reynolds’s Weekly Newspaper, later to become Reynold’s News – and he wrote eight prominent works of non-fiction. Yet, astonishingly, he also produced no less than fifty-seven novels. Fifty-seven! They included Pickwick Abroad and another related story, Pickwick Married. But they also included some wonderful thrillers, like The Mysteries of London, while his gothic novel, The Wehr-Wolf, is a classic early horror story.

Dave McCall is a Wrexham author writing historical fiction under the pen name David Ebsworth. Dave is also one of the volunteers helping to organise the Wrexham Carnival of Words.